A photo story about the strange and beautiful

The actual Iditarod Dog Sled race is a test of human and dog endurance through one of the coldest, fiercest, and most inhospitable climates known on the planet. During the race, temperatures along the Alaskan trail from Anchorage to Nome can plunge as low as minus 100˚F (-73˚C). Teams mush through howling winds and white-out blizzard conditions. Frostbite is a given. Competition is fierce.

And yet, the Alaskan race admits few of the obstacles of the modern world: no asphalt, no absent minded motorists, no buses, cyclists, or curbs, no pot-holes or construction zones, no soccer moms, no taxi drivers or text-walkers, nor any city bridges, ill-conceived intersections, or ominous and towering hi-rise buildings. The Portland (Oregon) Urban Iditarod is a true test of the modern urbanite’s capacity to navigate the often turbulent and megalomaniacal tribulations of inter-city commuting.

The Portland Iditarod is held every March to coincide with the Alaskan dog sled race.  Beginning with only 8 registered teams in their inaugural race in 2001, the event has burgeoned to over one-hundred teams today (2010). In the Portland version, teams each have a theme and dress in costume. Their “sleds” are rigged shopping carts and other uniquely crafted vessels retrofitted to cope with the shifting and unpredictable urban terrain. The “dogs” are groups of city folk tethered to their “sleds” by whatever method available: rope, bungee, twine, harness. The themes, costumes, and designs invoke a sense of creativity that amalgamates popular culture, social and political critique, and often-times boarders on the absurd. 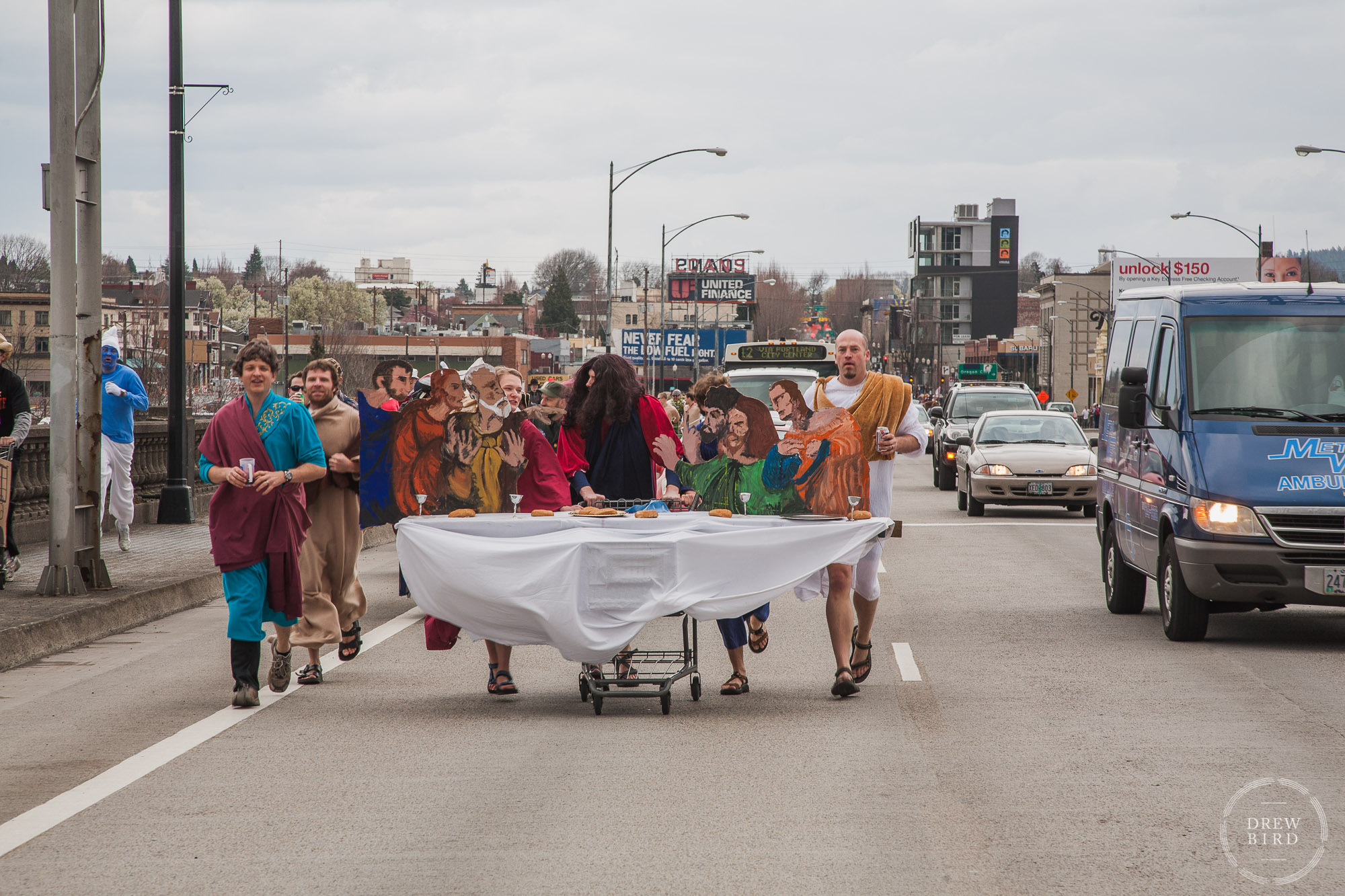 “The Portland Urban Iditarod is a true test of the modern urbanite's capacity to navigate the often turbulent and megalomaniacal tribulations of inter-city commuting.”

The race itself is less of a competition than it is a phenomenon. There is no declared champion for the first to cross some predetermined finish line. According to KATU News in Portland, “There are no winners. There are no losers. There are just a bunch of belligerent people”. The route for the race changes every year and usually covers roughly 4 miles throughout the city, including 5 or 6 “refueling” checkpoints where participants stop to enjoy music, imbibe in strong drink, and share their stories of adaptation, perseverance, and overcoming adversity during the previous leg of the race.

In 2009, the Portland Mercury described the Urban Iditarod this way: “The sled dogs are people, the sleds are shopping carts, the four-mile course crosses the city, and the fuel is high-octane hooch. There may be blood. There will be fun. You will get winded.” 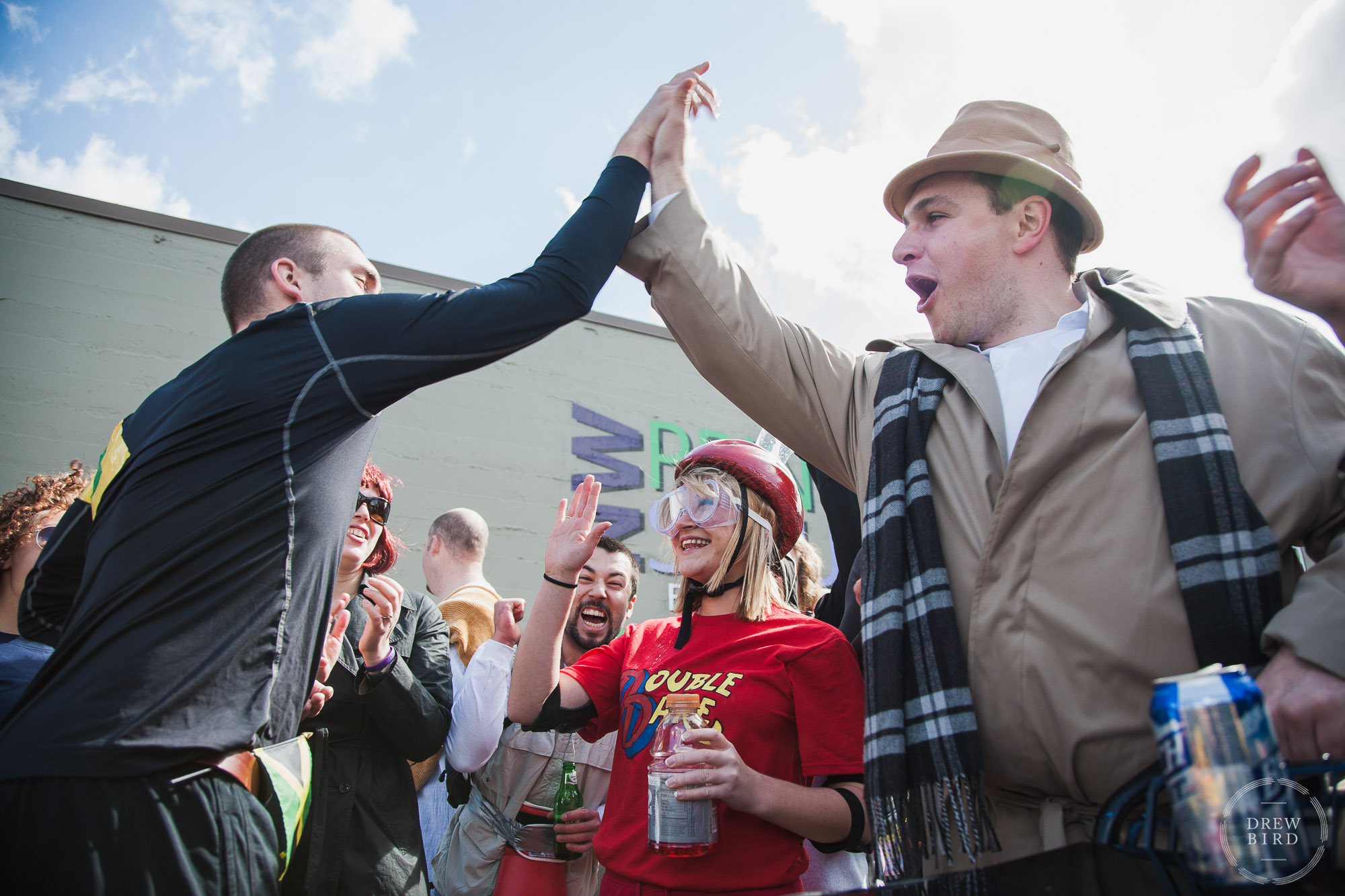 “The themes, costumes, and designs invoke a sense of creativity that amalgamates popular culture, social and political critique, and often-times boarders on the absurd.” 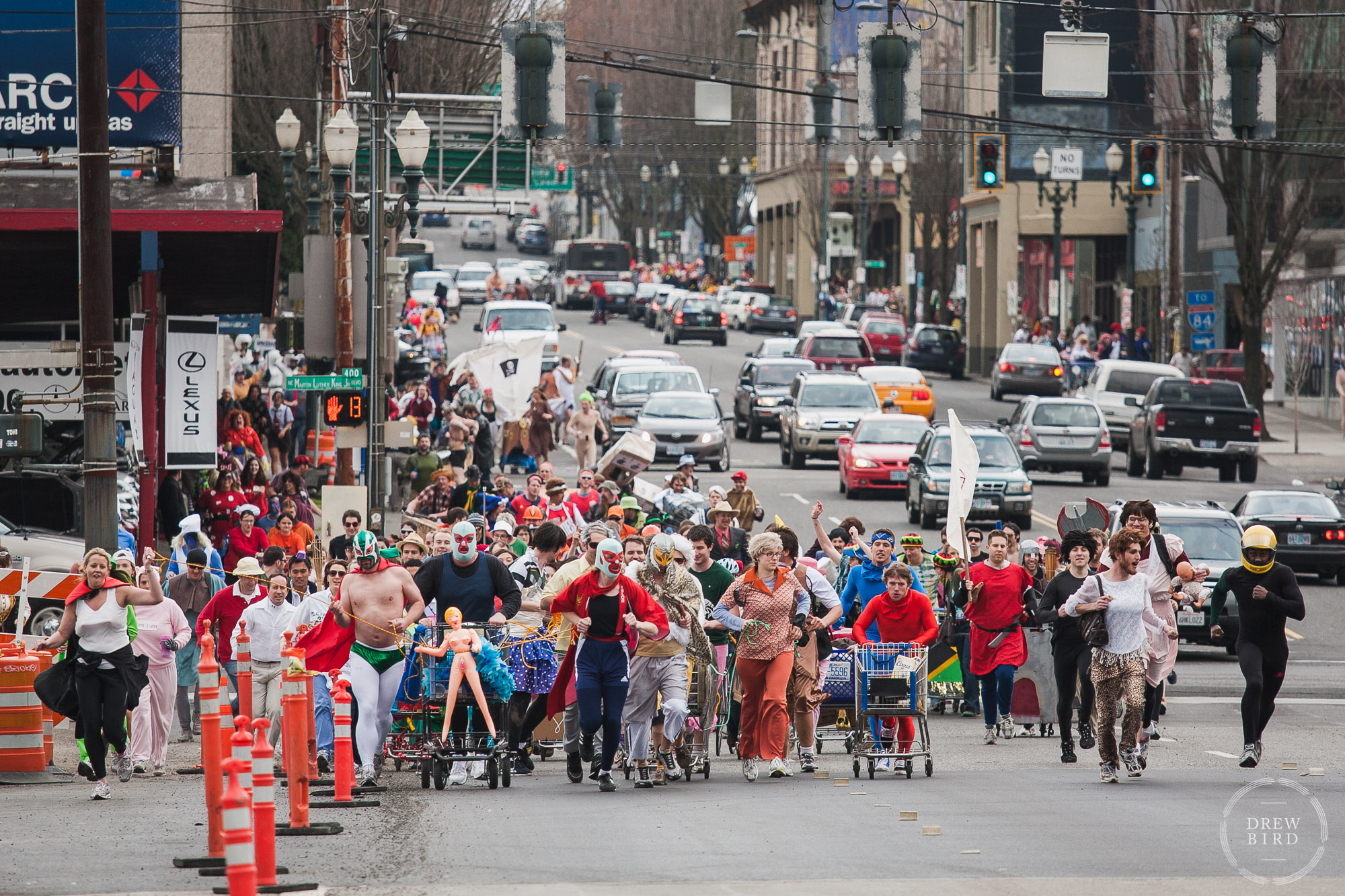 “The event is now a footnote in history, a quirky tangent from the golden era of a fabulous city. A postcard from the past when strange folk and circumstance allowed for such renegade and bizarre expressions of creativity and camaraderie.” 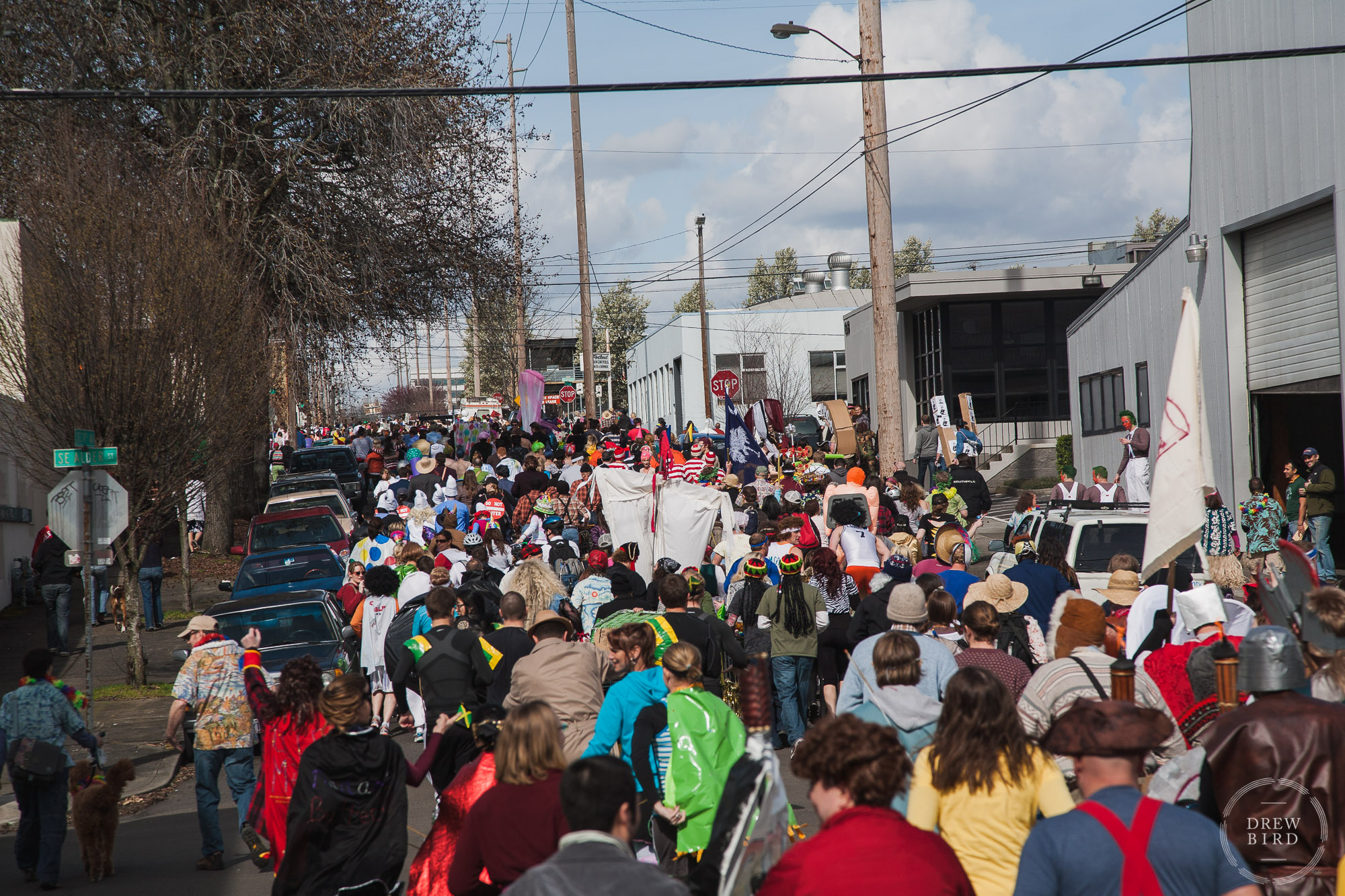 A Relic of the Past

Like many quirky, weird, and unique cultural phenomena it appears that The Portland Urban Iditarod is now a relic of the past. At its most popular, the race attracted nearly 800 participants. The last known running of the event was 2011 or 2012. The reasons for its demise are not well publicized, but likely have to do with city officials unwillingness to grant a permit and other legal and liability issues for the event’s organizers.

The Portland Urban Iditarod is now a footnote in history, a quirky tangent from the golden era of a fabulous city. A postcard from the past when strange folk and circumstance allowed for such renegade and bizarre expressions of creativity and camaraderie. I am here reminded of the prescient words of Chuck Palahniuk from his 2003 cult classic about Portland, Fugitives and Refugees: “The trouble with the fringe is, it does tend to unravel. By the time you read this, small parts of it will already be obsolete. People don’t live forever. Even places disappear.”

Though this strange adopted cousin of the Iditarod may be no more, the city of Portland and her fabulous people continue on. They are creative, compassionate, and yes, always imagining new ways to push “the fringe” off into some new, yet to be realized direction.  I’d share a few beers and trade stories with those fine folk –  any day.

This photo essay was made during the 2009 and 2010 Portland Urban Iditarod events in the streets of Portland, Oregon (USA). Drew Bird is a freelance photographer based in San Francisco and creating photo stories for clients world-wide. Get in touch with Drew.